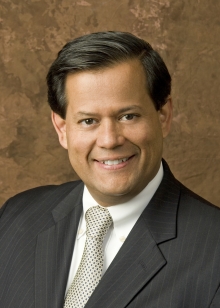 He is founder and past chair of the Latin American Chamber of Commerce and a member of the board of directors of Goodwill Industries of the Southern Piedmont and the Charlotte Regional Visitors Authority. In 2017, he co-chaired the Charlotte-Mecklenburg Schools’ record $922 million construction bonds campaign that received a voter approval of 73 percent. Sanchez was appointed to the UNC Charlotte Board of Trustees in 2019 and currently serves as Secretary.

Sanchez completed a bachelor’s degree in international relations from Florida International University and an MBA from the McColl School of Business at Queens University.

Carlos and his wife, Diana, reside in Cary, NC and have two sons who are currently attending UNC schools.