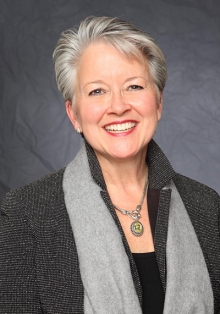 Decker left the position of Chief Communications Officer at Duke Power to become the founding president of The Lynnwood Foundation, which was created to restore the Duke Mansion in Charlotte as a conference center, and to begin the William States Lee Leadership Institute.  While at Lynnwood in 1998, she also served as the chair of the Charlotte Chamber and was named Charlotte Woman of the Year.  She moved to Rutherfordton, North Carolina, in 1999 to serve as president of the Doncaster division of Tanner Companies.  She created the Tapestry Group in 2004, focusing full time on encouraging individuals to grow spiritually deeper and physically, mentally, and emotionally healthier.

In 2013, Decker was appointed Secretary of Commerce by Governor Pat McCrory and served in that capacity for two years.  During that time, she led the creation of The Economic Development Partnership of North Carolina, a public-private entity charged with marketing North Carolina globally. In addition, she led the effort to form a new Rural Division of the Department of Commerce, a team focused exclusively on creating economic growth in the rural areas of the state.

In 2015, Decker was named President of NURAY Media, a media preservation company whose mission is to protect and preserve vintage film and video content by providing preservation services to clients, restoring classic motion picture films and television collections for the public, and creating educational content to advance the knowledge of film history.

Decker currently serves on the board of Coca Cola Bottling Consolidated.

Decker and her husband, Bob, are parents of four children.  Decker is a lay pastor in the Presbyterian Church (USA).