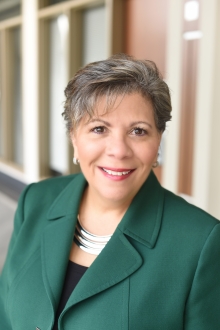 Kim S. Bradley serves as chief of staff to the chancellor. In this role, which she has held since August 2016, Kim oversees the daily operations of the Office of the Chancellor, and is responsible for planning, organizing and guiding the initiatives and activities of the Chancellor as they relate to the internal operations and external relationships of the University. Kim also serves as the assistant secretary of the Board of Trustees and is responsible for supporting the Board in its governance of the University.

Kim has a long track record in K-12 education. Before joining UNC Charlotte, she served as chief of staff for the Syracuse City School District in Syracuse, New York, where she oversaw the coordination of the school district operations and strategic initiatives, worked to ensure effective internal and external communications and to increase constituent confidence in the school district, and served as the primary staff liaison to the Board of Education and to elected officials.

Kim also served in several executive leadership roles in the Providence, Rhode Island, school system — joining as director of public engagement and government relations, then as chief of staff, and finally as chief communications officer — all of which helped build her broad knowledge of educational policy, funding, operations, programming, labor management, and constituent and media relations.

Kim also served on the executive team of Rhode Island governor Lincoln Almond as director of community relations. In this role, she was the liaison between the governor and community leaders, agencies, and other constituents; oversaw the offices of community relations and constituent affairs; worked with state lawmakers on policy and legislative issues; and facilitated appointments to state boards and commissions. She also previously managed a workforce and economic development program in Providence, Rhode Island.

Kim earned a master’s degree in public administration at the University of Rhode Island and a bachelor’s degree in business administration from Boston University. She is a member of Leadership North Carolina’s Class of XXV, as well as Women Executives and Good Friends Charlotte. Kim was the recipient of The Mecklenburg Times 50 Most Influential Women Award in 2019.