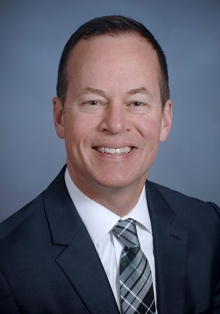 As Director of Athletics, Mike Hill oversees the university’s 18-sport, NCAA Division I athletics program and its membership in Conference USA. Hill is responsible for the welfare of nearly 400 student-athletes, identifying talent to lead each sport program, building a team of associates to administer its sports programs at a championship level, assessing facility development and generating revenue for the department’s growth. Currently in his second year with the university, Hill has hired six new head coaches, as well as three senior staff members. In addition, he has begun a 10-year athletics facility master plan and an athletics brand assessment. Overall, he has over 30 years of experience within college athletics.

Prior to joining the 49ers, Hill spent nearly 25 years with the University of Florida. He spent his last six years there as the Gators’ Executive Associate Athletics Director for External Affairs. As a primary advisor to the Director of Athletics, he helped lead a number of head coaching searches and served as the direct supervisor for men’s basketball and men’s tennis. He was also on the administrative fundraising team that developed strategies, cultivated donors and secured major gifts. He chaired the 100 Years of Florida Football fundraiser, coordinated marketing and promotions campaigns for 21 sports and managed corporate partner relationships with Nike, Pepsi and Gatorade. Hill was a member of the University of Florida Branding Steering Committee, had a six-year stint as chair of the Southeastern Conference Marketing Directors and served on the SEC Fan Experience Working Group.

Prior to joining the University of Florida, Hill was an Assistant to the Athletics Director at Ball State University and served as Assistant Executive Director of the Blockbuster Bowl from 1990-92.

A 1990 graduate of the University of North Carolina at Chapel Hill, he earned his Bachelor of Arts degree in Political Science and Communications. He was a student assistant in the school’s Sports Information Office from 1988-90. He is the chair of the Conference USA Men’s Basketball Scheduling committee and co-Chair of the LEAD1 Working Group on Name, Image and Likeness. He has been on the Climb for Cancer Board of Directors since 2009.