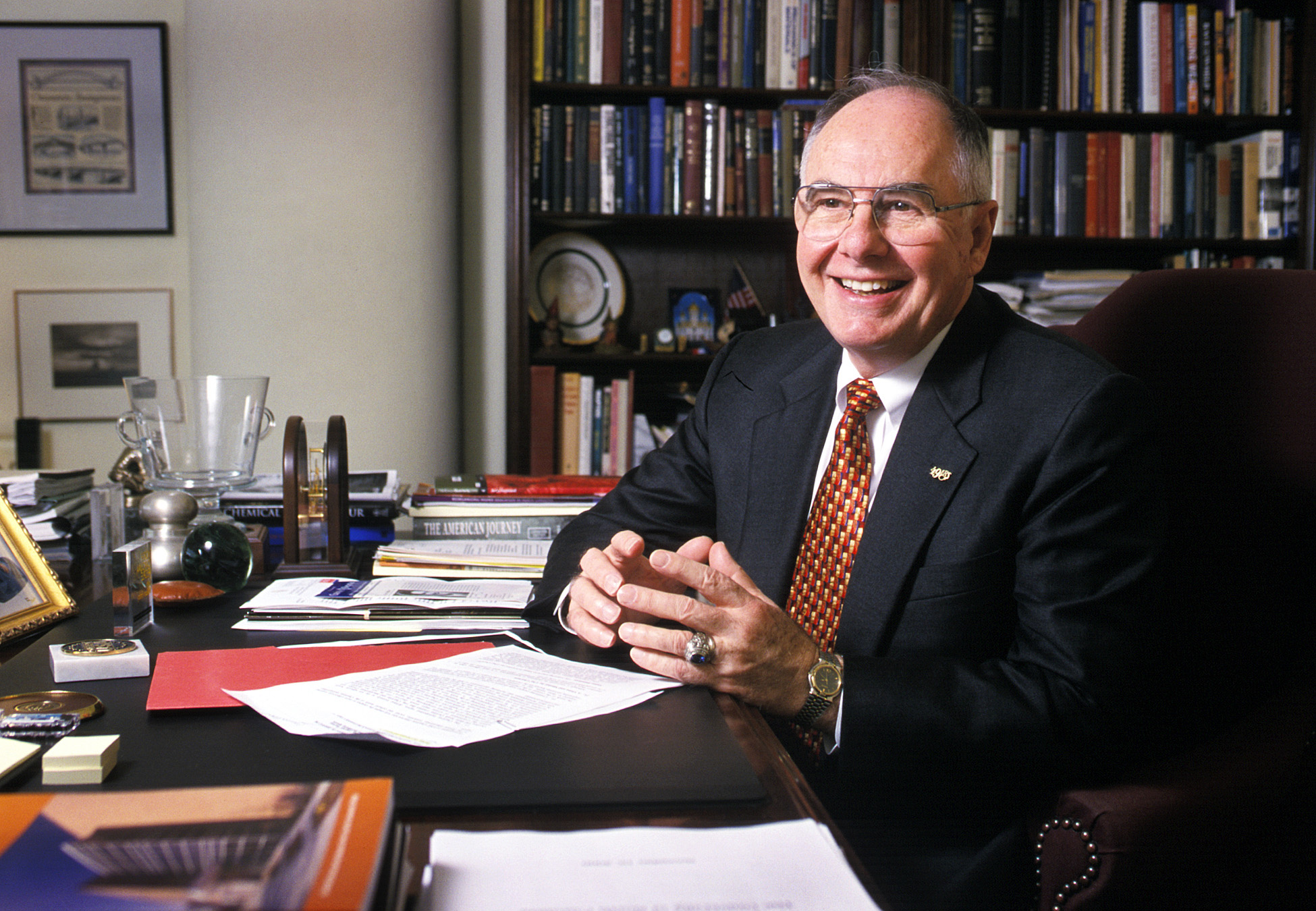 When Dr. Jim Woodward assumed his role as UNC Charlotte’s third Chancellor, he already envisioned the university as it would be — long after he retired. Based on the foundation established by founder Bonnie Cone and emeriti chancellors Dean Colvard and E. K. Fretwell, Dr. Woodward knew the university had a firm footing and it was his job to continue building the structure.

Service to the community and state is a key component of UNC Charlotte’s mission. Under Dr. Woodward, service to the Charlotte community expanded. Distance education and weekend classes were launched to better serve the needs of non-traditional students. The Uptown Center, which opened in 1995, provided opportunities in graduate and continuing education to a broad array of students.

The Urban Institute was the university’s first major program to reach beyond Charlotte. The growth of University City was evidence that UNC Charlotte was acting as a catalyst for the area’s development.

Expanding UNC Charlotte’s mission to permit the development of doctoral work is Jim Woodward’s legacy. With one strategic initiative after another, Dr. Woodward paved the university’s way to becoming a doctoral research institution. But he didn’t do it alone: He had the help of people with both technical expertise and integrity who were focused on undergraduate education. His brilliance was in taking the faculty and the university to research doctoral status and having everyone on board.  Including athletics. He positioned the director of athletics as one of respect and as part of — not apart from — the university. It is a tribute to Dr. Woodward that the athletics/academics and faculty/administration relationships are such unusually amiable ones.  One of the reasons for this was Dr. Woodward’s advocacy of strong faculty governance.  Another was his reputation for keeping promises.

As Dr. Woodward worked to establish a partnership with faculty, he began forging relationships with the UNC Board of Governors. Slowly and steadily, he worked for the overall good of the UNC institutions, while advocating for UNC Charlotte. Dr. Woodward’s willingness to participate in board and committee meetings and his ability to clarify issues were the keys to his effectiveness. In 1990, when the Board of Governors initiated the first university-wide review of institutional missions in nearly 20 years, Dr. Woodward seized the opportunity. Emphasizing the substantial difference between the higher education needs of the Charlotte region and what was then available, he argued for expanding the university’s assigned mission. In 1993 the board gave UNC Charlotte permission to reclassify the university as a doctoral research institution. However, this reclassification did not include funding. Getting approval was very difficult, but the final 1994-95 budget included funding for UNC Charlotte’s first three doctoral programs.

Dr. Woodward was also successful in attaining state funds to double the size of the library, expand the C. C. Cameron Applied Research Center, build the E. K. and Dorrie Fretwell Building, and add a third floor to the Friday Building.  He was also highly instrumental in generating support for the $3.1 billion bond bill in 2000, of which UNC Charlotte received $190 million to add nearly 1 million square feet of academic space. The university also received support for a $35 million new bioinformatics center and $4 million motorsports complex to sustain the state’s motorsports industry. 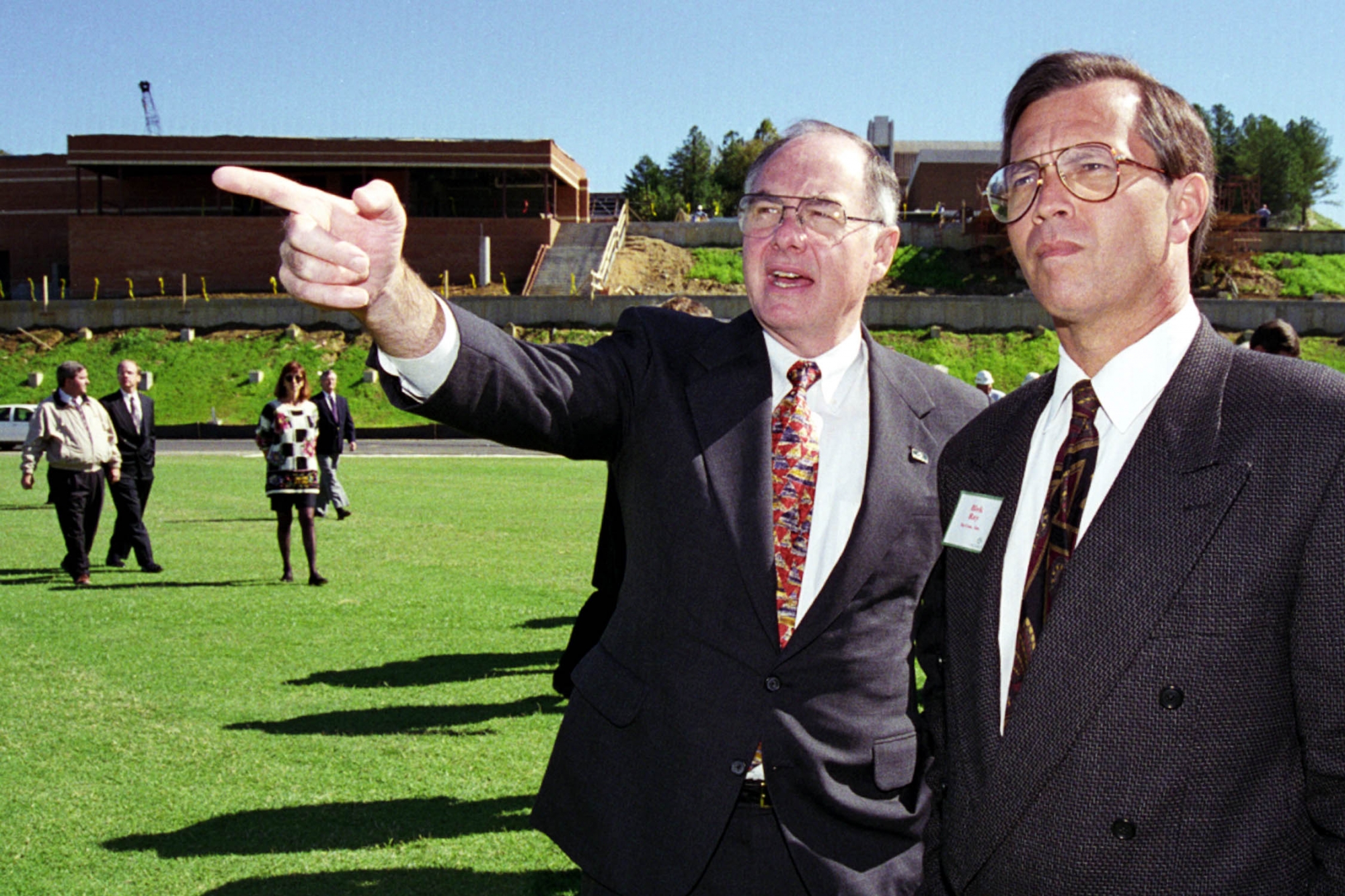 In 2000, the Charlotte Research Institute (CRI) was established.  CRI was the vehicle for which UNC Charlotte fulfilled its role as an economic engine, creating partnerships in advanced manufacturing and applied technology.  CRI accelerated UNC Charlotte’s development as a doctoral research university.  Through 2003, industry funding to the university jumped 65 percent, federal funding tripled, and external research dollars had increased to more than 125 percent.

From 13,222 students in 1989 to 24,700 students in 2009, UNC Charlotte continued to attract a diverse student body. Dr. Woodward believed that the university’s responsibility was to provide the means for an increasingly diverse population to achieve the American Dream and that higher education was the principal vehicle for upward economic and social mobility that contributed to the political and social stability of this country.

Called “a quiet giant,” an articulate visionary who reached out to the community and region, Dr. Woodward wanted to be remembered as “someone who was honest, who believed in the core principles that undergird higher education, who cared about the people here.”

Dr. Woodward was the right man at the right time to build a university for the future.