Chancellor Philip L. Dubois retired on June 30, 2020, after leading UNC Charlotte for 15 years. See the University's achievements, impact and growth during his administration. 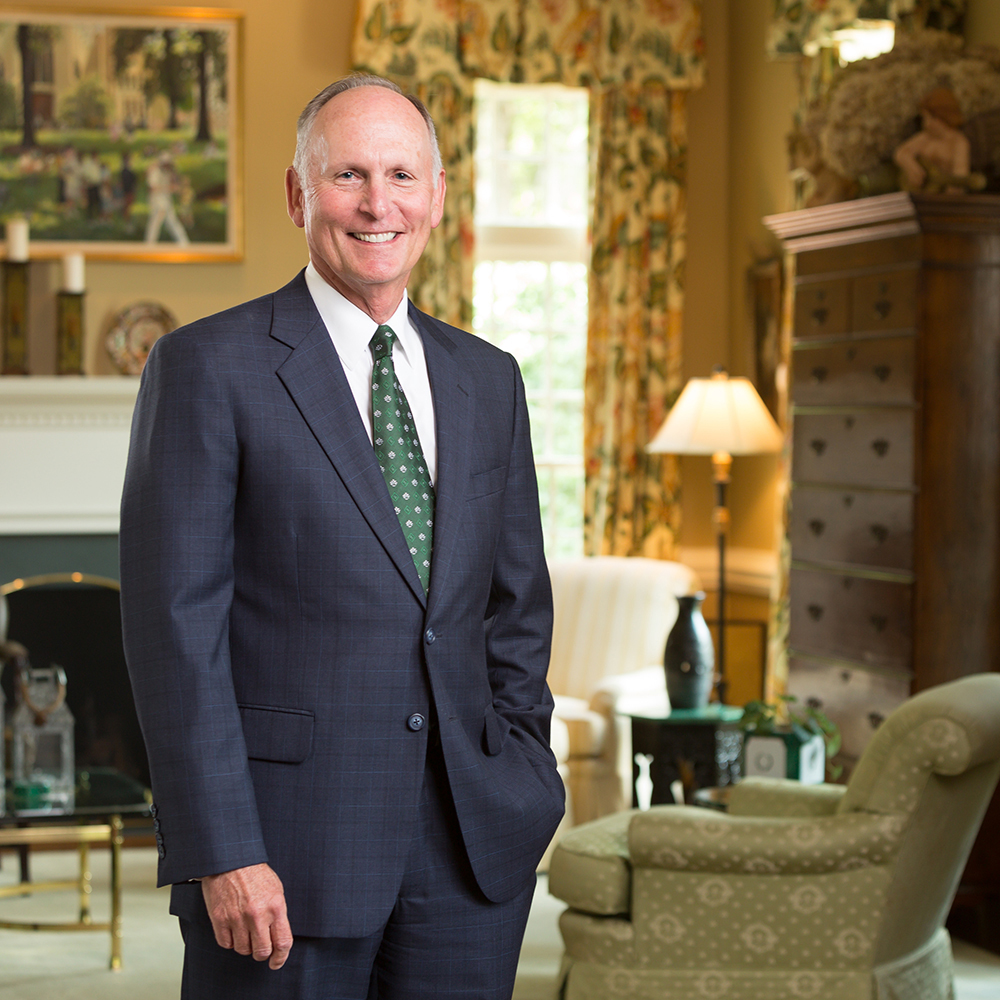 At the time of his retirement on June 30, 2020, Dr. Philip L. Dubois, UNC Charlotte’s fourth chancellor, was the senior chancellor in the University of North Carolina system. He led the system’s fastest-growing and third largest institution, directing a 43% growth in enrollment, an expansion of academic programs, implementation of diversity-related initiatives, growth in research funding, and significant construction and renovation of campus facilities.

Dubois’ career in higher education spanned more than 40 years. As a first-generation college student, he earned a bachelor’s degree in political science in 1972 from the University of California, Davis, and a master’s (1974) and doctoral (1978) degree in political science from the University of Wisconsin-Madison. Dubois returned to the University of California, Davis, to start his career in academia as an assistant professor, rising through faculty and administrative ranks to hold various positions, including full professor and associate vice chancellor for academic programs.

In 1991, Dubois was recruited to UNC Charlotte, where he spent five and a half years as provost and vice chancellor for academic affairs. Under his leadership, UNC Charlotte planned and implemented its first doctoral programs. He led the creation of a strategic academic plan, which included creating programs to reach more nontraditional students, recognizing that as an important goal for an institution founded to educate veterans.

In 1997, Dubois left UNC Charlotte to become president of the University of Wyoming, where he led the development and implementation of comprehensive academic, support services and capital construction plans, expanded the University’s role in statewide economic development, and improved student recruitment and retention. Private gifts to the university more than quadrupled during his eight-year tenure, while state and federal legislative support also increased significantly.

In 2005, Dubois was named chancellor of UNC Charlotte and assumed the role on July 15. He increased the University’s visibility in the Charlotte region and beyond, with undergraduate enrollment reaching nearly 30,000 under his leadership. Dubois led the largest facility construction and renovation program in UNC Charlotte’s history, exceeding $1.2 billion since he became chancellor — UNC Charlotte Center City, the Popp Martin Student Union, Gage Undergraduate Admissions Center, and a new student recreation center are among the major buildings the campus has added over the last 15 years. A full-service Marriott Hotel and Conference Center and a Science Building are under construction, with completion expected in 2021. Under Dubois’ strategic direction — and to the excitement of students and alumni — football was added to the University’s athletics offerings in 2013.

Dubois collaborated with elected officials and the Charlotte Area Transit System to make possible the construction of the light rail line from Center City Charlotte to the UNC Charlotte campus, increasing the connection and opportunities for partnership between the University and the rest of the city. He oversaw the implementation of new academic degree programs — 10 bachelor’s, 17 master’s, and 12 doctoral — and established or helped in the development of new offices to support students, such as the Office of Parent and Family Services, Scholarship Office, Transfer Student Center, the one-stop student service center, Niner Central, and the Office of Undergraduate Research. To reach more non-traditional students, Dubois implemented the award-winning 49er Finish program, which helps students who left the University to complete their degrees, and partnered with Central Piedmont Community College to launch the 49erNext program, which creates a clear path for community college students to enroll at UNC Charlotte. Dubois worked with Charlotte Mecklenburg Schools to create two early colleges at UNC Charlotte, one for students interested in STEM fields and another for those interested in teaching. A K-5 laboratory school is expected to open in the fall of 2020.

He took the University to new levels in fundraising, overseeing the largest private campaign in UNC Charlotte’s history, which exceeded its $200 million goal with gifts and pledges totaling nearly $220 million when the campaign concluded with his retirement.

Dubois has been recognized regionally and nationally as an expert in higher education, achieving many awards and accolades during his respected career. In 2020, Dubois was recognized by the American Council on Education (ACE) with its Outstanding Mentor Award, by the Charlotte Mecklenburg County Commission with the Order of the Hornet, by the UNC Charlotte Alumni Association with its Honorary Alumnus Award, and by North Carolina Governor Roy Cooper with The Order of the Long Leaf Pine, the state's highest civilian award. Prior recognitions include the City of Charlotte Mayor’s Award (2019), Charlotte Magazine Charlottean of the Year (2019), inclusion on the Charlotte Business Journal’s list of Most Admired CEOs (2019) and on their list of “Who to Watch in 2019” (2018), the Eileen Tosney Award for Career Service in Higher Education Leadership (2018), the North Carolina Power 100 list (2018), the Higher Education Civic Engagement Award from the Washington Center (2016), the Charlotte World Affairs Council World Citizen Award (2016), the CASE District III Inclusion and Diversity Leadership Award (2015), the Leo M. Lambert Engaged Leader Award (2014), the Belk Innovation in Diversity Award (2013), the Charlotte Energy Leadership Award (2013), the Charlotte Cornerstone Award (2012, for positive economic impact), the Creative Thinkers Award (2012, for UNC Charlotte Center City), and the Charlotte Regional Partnership “Jerry” Award (2009, for public sector contributions to economic development).

Dubois and his wife, Lisa Lewis Dubois, have three grown children: Logan, Taylor, and Ali, and are the grandparents of twin boys, Brooks and Leo.